DO YOU KNOW ANYONE CALLED NIGHTINGALE ?

(Why not ask them to join the project – their ancestors could sing well !)

With an estimated 5,850 (or thereabouts) singing Nightingales in Britain, there are now more people called ‘Nightingale’ than singing birds.

The gbnames website at University College London gives a count of 166 people in every million in the UK, with the surname ‘Nightingale’.  It also shows where they live (see below).

Here’s the UCL map for people called Nightingale in 1998. 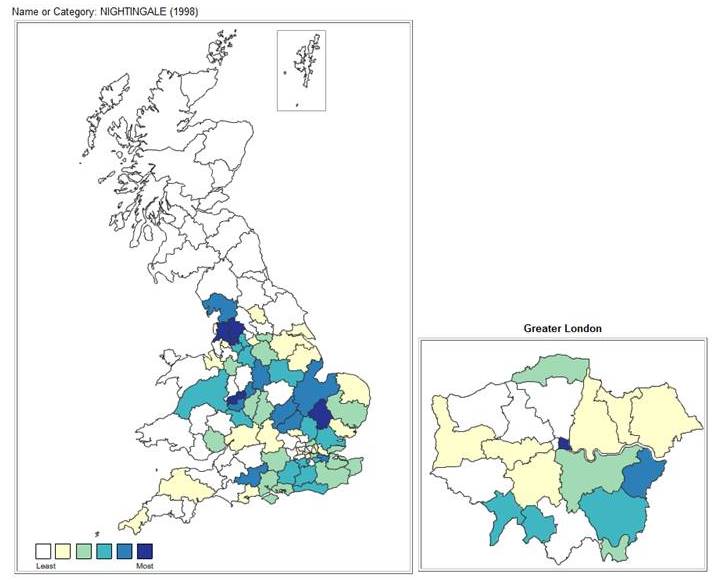 A striking thing about this map of people called Nightingale is that they are roughly in the same pattern as the birds themselves, except rather more like the old distribution than the modern one, as the birds have progressively died out in the Midlands, North and fringes of Wales.  Even in London there are more into Kent and Surrey. 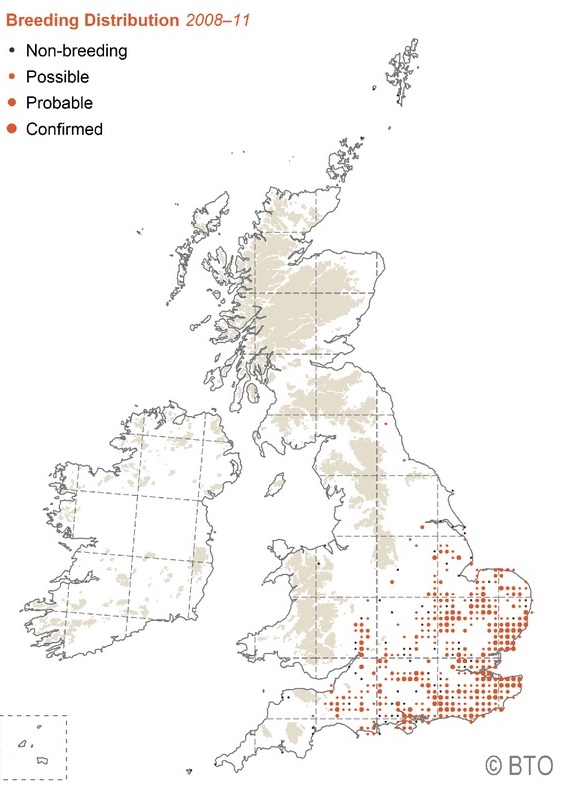 Above: the 2008-11 BTO Atlas of breeding Nightingales (copyright BTO).

Here’s the map of people called Nightingale back in 1881 (remember of course that cities like London expanded a lot between 1881 and 1998): 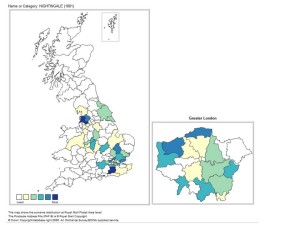 Here’s an old map of Nightingale distribution from a 1911 publication (Ticehurst, N.F. & Jourdain, F.C.R. 1911. On the distribution of the Nightingale during the breeding season in Great Britain. Br. Birds 5: 2–12).  This shows how Nightingales were much more familiar birds across most of the Midlands and S England than they are today, even into parts of Yorkshire and Wales. 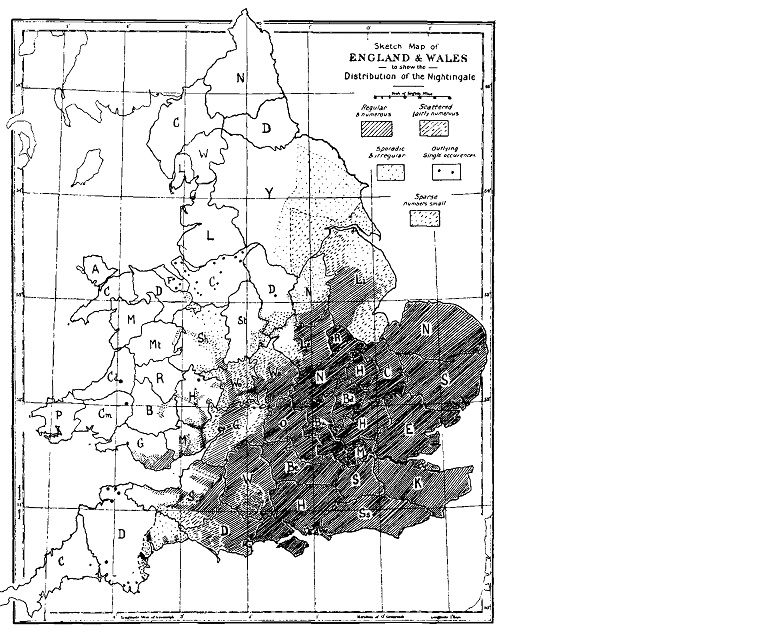 So is the pattern of people called Nightingale a ghost of the bird’s past distribution ? Of course we don’t know for sure but it seems unlikely to be a pure coincidence.

The name ‘Nightingale’ is said to go back to at least around 1066 and derive from the old English (ie Anglo Saxon) of niht for night and galan for ‘sing’.  So people got called ‘Nightingale’ if they were good singers. (There are also some other imported names which may have got anglicised as ‘Nightingale’). It seems at least likely that people in areas with lots of real Nightingale birds would have been those most likely to also use that to name a good human singer. It also suggests that the Old English name for Nightingale meant ‘Night Singer’.

It will be tragic if this human shadow in names is all that is left of the real birds in Britain for our children’s generation.

(I have yet to come across a way to map all the place names such a ‘Nightingale Lane’ – perhaps someone has such a map ? If so please get in touch).

If you know someone called Nightingale, please ask them to support this campaign and to sign the petition !

Plus of course: Annie Nightingale DJ from the BBC